Hey my lovely readers! How are you’ll? As all of us know, 2020 has turned out to be a boon for the OTT platforms. Between dreading about a deadly virus against an indefinite lockdown, sinking in the WFH culture, managing domestic chores and attending online classes, one thing that kept all of us busy was binge watching before the good old idiot box.

For sure I binge watched plenty of shows in the last one year of post- pandemic lockdown. Some left me happily surprised, some bored me to death and some others were reliably solid. However, there were some that are worth mentioning to you all. They were not only well created and phenomenal but totally hooked me and definitely left a mark on my mind.

Presenting to you my top favourite OTT shows of 2020 and why they should be on your must-watch list too.

The Queen’s Gambit
Genre: Period Drama
Platform: Netflix
Directed by Scott Frank, the show Queen’s Gambit follows the life of an orphan who matures into a competitive young adult fuelled by a desire to become the greatest chess player in the world while masking a growing addiction to drugs and alcohol that allow her to function. Why I love this show so much? Well, primarily because of the style of this show. Every scene is like a vintage, nostalgic photo coming to life. Whether Harmon (Anya Taylor-Joy) is in a swanky, mid-century hotel in Paris and Moscow or in her mother’s wallpapered “Mad Men”-ish dream of a living room, every physical detail is absolutely amazing.

The Crown
Genre: Historical Drama
Platform: Netflix
Second on my list is the most popular show in these times – The Crown. Created by Peter Morgan, it portrays the life of Queen Elizabeth II spanning the times from her wedding in 1947 to Philip, Duke of Edinburgh, until the early 21st century. Where do I begin talking about this phenomenal series? Everything about it is simply remarkable. You get to learn so much from the show. The way the royal families speak, eat, behave and so much more. Also, a few things that struck my mind were the lavish production (it is rumoured to be Netflix’s most expensive production), the human drama integrated with real events and its impeccable cast – all of which stole the success of The Crown. Definitely a masterpiece in itself.

Bandish Bandits
Genre: Romantic Drama
Platform: Amazon Prime
The next on my list is this wonderful Indian Romantic Drama Series Bandish Bandits. Directed by Anand Tiwari, it is a tale of millennial love between two musicians hailing from contrasting musical backgrounds. It follows the journey of popstar Tammanah (Shreya Chaudhary) and Indian classical singer Radhe (Ritwik Bhowmik) as they set out to find themselves and break barriers with their music. What I truly find admirable and worth mentioning is the fabulous music score by Indian musical trio Shankar-Ehsaan-Loy that is foot-tappingly catchy and will have you humming along together. Simultaneously, I was so amazed by the stunning locales and the colourful costumes of all the characters. Loved then colourful and musical Indian series, indeed!

Aarya
Genre: Crime Drama
Platform: Disney+ Hotstar
Based on the Spanish series Penoza by Pieter Bart Korthuis, Aarya unfolds the story of a wife and mother, who takes charge of her husband’s illegal business to tie the loose ends of his drug cartel after he gets murdered. The show consists of elements that keep the viewer smitten and glued right from the first few minutes of the show. One reason why I enjoyed watching the show so much. The storytelling was also something I really admired. If you’re a fan of crime dramas, then this is just the perfect show for you.

Thank you for reading Chasing The Maximum Life!

I'm a media student trying to learn the nuances of new age media. I love writing and hence started this blog to share my views, opinions and reviews on life in the maximum city. View all posts by Anjali Virdi 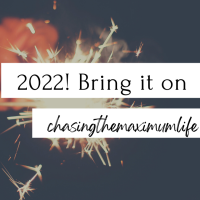 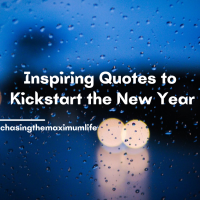 The Best and Most Professional Sports Writing on Wordpress

THIS SITE IS ABOUT ME, MY CREATIVITY, MY IMAGINATION AND MY FEELINGS.

A potpourri of beauty finds in boxes